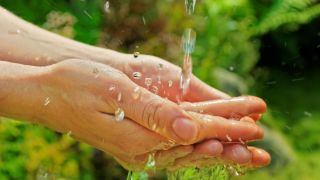 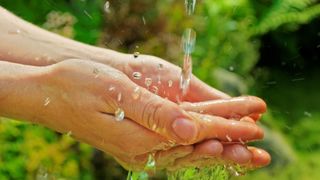 
Your skin betrays your age, but we’re not talking about wrinkles. Rather, scientists have found that the profile of the microbes on your skin can predict your chronological age to within a few years.

Our bodies are covered with microorganisms such as bacteria, fungi and viruses, a vibrant community collectively known as the human microbiome. And scientists have known for years that the profile of the microbiome changes as we age.

Now, researchers at the University of California, San Diego (UCSD) and IBM have created a predictive tool based on machine learning that can estimate your age to within 4 years based on the percentages of the various skin microbe populations present.

Related: The 7 Biggest Mysteries of the Human Body

The researchers said this tool may lead to a better understanding of the role microbes play in possibly accelerating or decelerating the aging process and influencing age-related diseases. They described their technique in a paper published Tuesday (Feb. 11) in the journal mSystems.

The human microbiome comprises trillions of unicellular life-forms, which appear to outnumber the human cells in our bodies. These microbes inhabit the skin, mouth, nasal and lung passageways, intestinal tracts, vaginal cavity, and every other nook and cranny within us. Yet, the types of microbes are distinct from body region to region.

Our lives are dependent on these microbiomes in ways scientists are only beginning to understand. The skin microbiome forms a protective layer against invading, harmful bacteria. The gut microbiome helps the body digest food, absorb nutrients and regulate the immune system.

Mostly, this is a good thing. But when this symbiotic relationship goes awry, for reasons not fully understood, conditions such as diabetes, inflammatory bowel disease and cancer may develop. Some researchers suggest that aging itself, and the diseases that often accompany it, may be a result of the changing landscape of the microbiome.

In the new study, researchers examined microbes in nearly 10,000 samples taken from the skin, mouth or gut to see which would be the best predictors of the chronological age of the donors. Skin samples provided the most accurate age prediction, estimating correctly to within 3.8 years, compared with 4.5 years for an oral sample and 11.5 years for a gut sample.

One reason the microbes living on our skin appear to change so consistently across different people as we age may be the predictable variations in skin physiology that everyone experiences. These include decreased production of natural skin oil and increased dryness, the research team said.

In December 2018, a different group of scientists posted a study on the preprint server bioRxiv that used the gut microbiome to estimate age to an accuracy of about 4 years. While that result may be very important, the profile of the gut microbiome varies greatly around the world, determined strongly by diet, said Rob Knight, a professor and director of the UCSD Center for Microbiome Innovation, who co-led the latest study. The skin microbiome might be more universally applied to age estimates, his team’s study suggested.

Knowing the role that all regions of the microbiome play in aging may help researchers better understand a person’s risk for age-related diseases.

„This new ability to correlate microbes with age will help us advance future studies of the roles microbes play in the aging process and age-related diseases, and allow us to better test potential therapeutic interventions that target microbiomes,“ said Zhenjiang Zech Xu, who co-led the study with Knight while a postdoctoral fellow in his lab.

For example, learning that a 40-year-old person has a gut or skin microbiome similar to that of a 60-year-old could alert doctors to an underlying disease. The UCSD team’s goal is to create machine-learning models to correlate microbiome and clinical conditions, such as inflammation in autoimmune conditions.

This approach could form the basis for a noninvasive, microbiome-based test that helps clinicians diagnose or assess a person’s risk for a disease and treat accordingly, quite possibly by altering the microbiome.

For example, Knight said that one effective treatment for Clostridium difficile infection, or C-diff, which causes chronic diarrhea, is a fecal transplant. This procedure largely replaces the gut microbiome of the patient with a profile of microbes from a healthy person.

Scientists are only beginning to understand the relationship between the microbiome and healthy aging, Knight, who is co-founder of the American Gut Project, a crowdfunded and crowdsourced scientific research endeavor to build a colossal microbiome database, has said.

Of course, this line of research presents the risk of putting age guessers at carnivals out of business.

Follow Christopher Wanjek @wanjek for daily tweets on health and science with a humorous edge. Wanjek is the author of „Food at Work“ and „Bad Medicine.“ His column, Bad Medicine, appears regularly on Live Science.