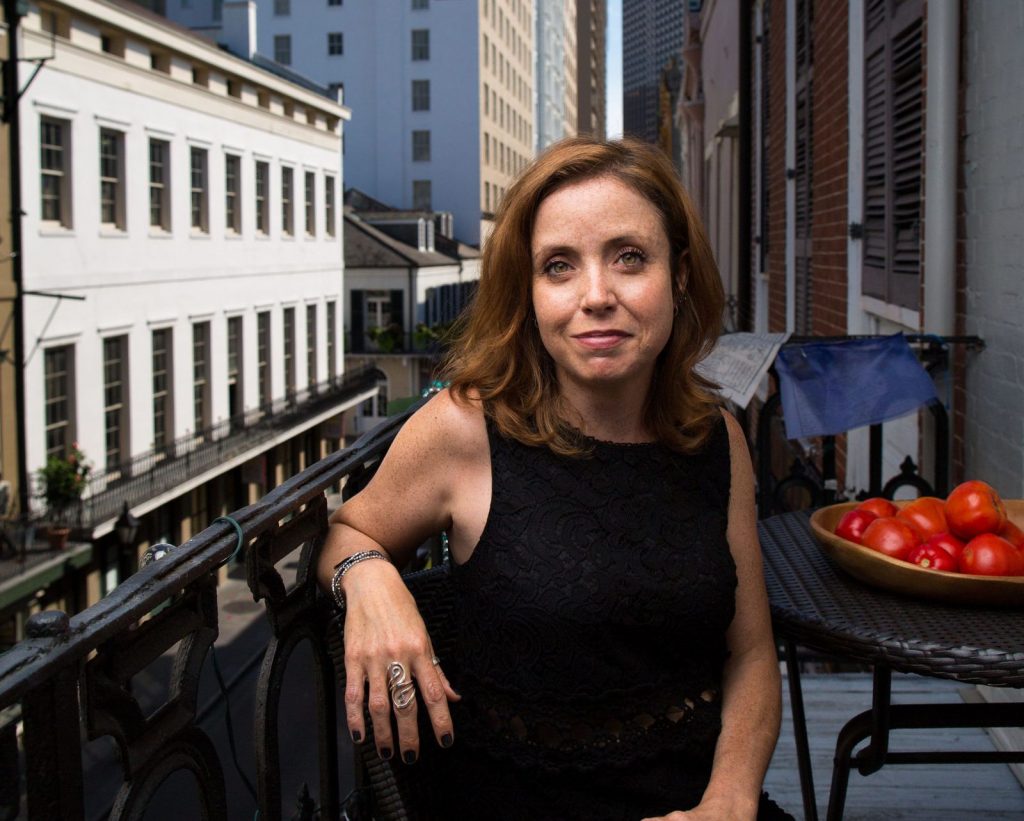 Danielle “Dani” Nierenberg ticks off the issues she most wishes to shine a light on. “Right now,” she says, “we have systemic racism in the U.S.—people lacking access to safe, affordable foods. Worldwide, we have this terrible paradox between hunger and obesity. Most people don’t realize you can be both obese and malnourished. The climate crisis means that farmers have to work to adapt to both slow changes and sudden changes. And there’s a lack of recognition of the role of soil, which is so depleted and degraded all over the world. In the U.S., we’re losing soil to development and to monoculture crops. If soil is unhealthy, we don’t have healthy food.”

For the last five years, the has awarded the prestigious Julia Child Award to a famous name in the food world. Chefs like Jacques Pépin, Rick Bayless, and José Andrés come to the held at the in Washington, DC, and receive the honor as part of the festivities. The usual high-profile recipients publish cookbooks and host TV shows, and their spin-off activities range from airport fast-casual restaurants to feeding hurricane victims in Puerto Rico.

But while Nierenberg, this year’s honoree, is many important things, she’s not a big-name chef. She is an activist, an advocate who works tirelessly behind the scenes to ferret out ways of making the world’s food system more equitable through her seven-year-old nonprofit . She wants to ensure that everybody, around the world, has equal access to healthy food, and that that food is produced in a way that’s sustainable for the planet. In this pandemic year of social unrest and knotty reckonings with questions of equality, Nierenberg seems like the perfect choice.

“Food Tank is a unique initiative, especially considering that it was founded when food justice and food inequality were so under-reported and understood,” says Tanya Wenman Steel, director of the Julia Child Award. “Dani Nierenberg has sought to remedy this through conversations that bring both sides together to create a dialogue and come up with solutions. She has put a spotlight on not just the issues, but also on the solutions we as a world can actually achieve.”

On an 18-month journey through Africa, Dani Nierenberg unearthed success stories; the result was a book, Nourished Planet: Sustainability in the Global Food System.(Bernard Pollack/Food Tank)

Raised in the heartland of the United States—the small town of Defiance, Missouri—Nierenberg was surrounded by farms and farmers during her childhood. When she became an environmentalist in high school, she thought farmers were the “bad guy,” she recalls. But later, when she joined the Peace Corps and went to the Dominican Republic, she had what she calls an “aha moment,” realizing that “it’s not the farmers who are to blame” for the state of the world’s food systems.

In adulthood, her work has taken her from Niger to India in search of real-world solutions to pressing food and agriculture questions that run the gamut from crop yields to irrigation methods to soil health. She sees her role as that of an amplifier. One small organization or individual may have found an excellent way of solving a vexing problem but have no way of getting the word out to others who could benefit from the knowledge. “We want to highlight things that are often missed, to act as a megaphone to those who have been silenced,” says Nierenberg.

Her information-sharing methods are up-to-the-minute: She’s on Facebook and Instagram. She does . She publishes articles frequently on Food Tank’s website (sometimes daily, sometimes more than once a day), and sends out a weekly newsletter to her list of 350,000. She hosts a .

But one of Food Tank’s most important activities has, at least until the Covid-19 pandemic, taken place in person. It organizes periodic “convenings,” summits at which a variety of figures from the world of food and agriculture, often with opposing viewpoints, come together. Nierenberg believes fervently in the importance of people hearing each other out. So while writer and food activist Tom Philpott inveighs on one of Nierenberg’s podcast episodes against agricultural giant Monsanto (maker of genetically modified seeds and the controversial pesticide RoundUp), Nierenberg matter-of-factly points out that a Monsanto executive was present at a Food Tank summit—and that that was a good thing.

One of Food Tank’s (above: cofounders Dani Nierenberg and Bernard Pollack) most important activities is to organize periodic “convenings,” summits at which a variety of figures from the world of food and agriculture, often with opposing viewpoints, come together.

Bernard Pollack, Food Tank’s cofounder, explains the importance of this approach. “At our summits, when we bring together people who would normally not be in the same room, the impact is so great. When we’re shouting at each other from press releases or Twitter, we’re not listening to each other. And when you’re not listening, you’re not able to work with or find commonality with, or collaborate with, the other person. You’re just shouting—from far away.”

Food Tank’s roots lie in Nierenberg and Pollack’s years at the Worldwatch Institute, an environmental research organization. Nierenberg rose to become the head of its agriculture program but eventually began to tire of what she terms “doom and gloom,” wanting instead to concentrate on on-the-ground solutions. In 2009 a Gates Foundation grant allowed the pair to set off on an 18-month journey throughout Africa in search of the success stories Nierenberg so loves to unearth. The result was a book, , and her desire to “highlight stories and be more inspiring” led directly to the founding of Food Tank in 2013. The organization now has a staff of three (Nierenberg, Pollack and a content coordinator) and an annual budget of $450,000.

Molly Anderson, director of the food studies program at Middlebury College, who was Nierenberg’s advisor in her graduate program at Tufts University, explains the power of what Nierenberg does: “She makes comprehensible information and trends that are not all that transparent to the layperson, who may be college-educated but who hasn’t thought all that much about agricultural or food issues—issues that are being made intentionally opaque by big corporations. She transforms into common-person-speak things people might not understand otherwise. I would characterize her as a translator.”

The increasingly apparent ravages of climate change have long been a focus of Food Tank’s work, but the changes in the food system necessitated by Covid-19 are now also front and center. The pandemic has caused upheavals of many kinds: creating food insecurity among people who had previously never worried about where their next meal was coming from, as well as exacerbating the problem among those who were already suffering; forcing the entire restaurant industry, from fine dining to mom-and-pop places, to rethink its future; and revealing supply chain problems that stretch from industrial agriculture to the farm to table movement.

Nierenberg plans to use the $50,000 grant that accompanies the Julia Child Award to further investigate these complex issues through two new initiatives—a series of Food Tank talks in a variety of cities (originally planned to be live events, they may now become virtual) and a Food Justice fellowship that Nierenberg is very excited about. “We’ll have a bigger outlet and a bigger stage,” she says.